YOUR GOLF scho­l­ar­ship IN THE USA

As one of the most popular sports in the USA, golf is parti­cu­larly well-supported at American univer­si­ties. The unique college sports system enables the athletes to combine athle­tics and acade­mics on the highest level possible.

PGA Tour players such as Justin Thomas, Adam Scott and Brooks Koepka, have taken advan­tage of the great prac­tice condi­tions provided at American univer­si­ties to lay the foun­da­tion for their profes­sional careers.

Every year Scho­l­ar­book helps more than 25 golfers turn their dream of studying in the USA into a reality. Through our years of expe­ri­ence in golf, we under­stand your needs and wishes to perfectly guide you on your way to the USA. 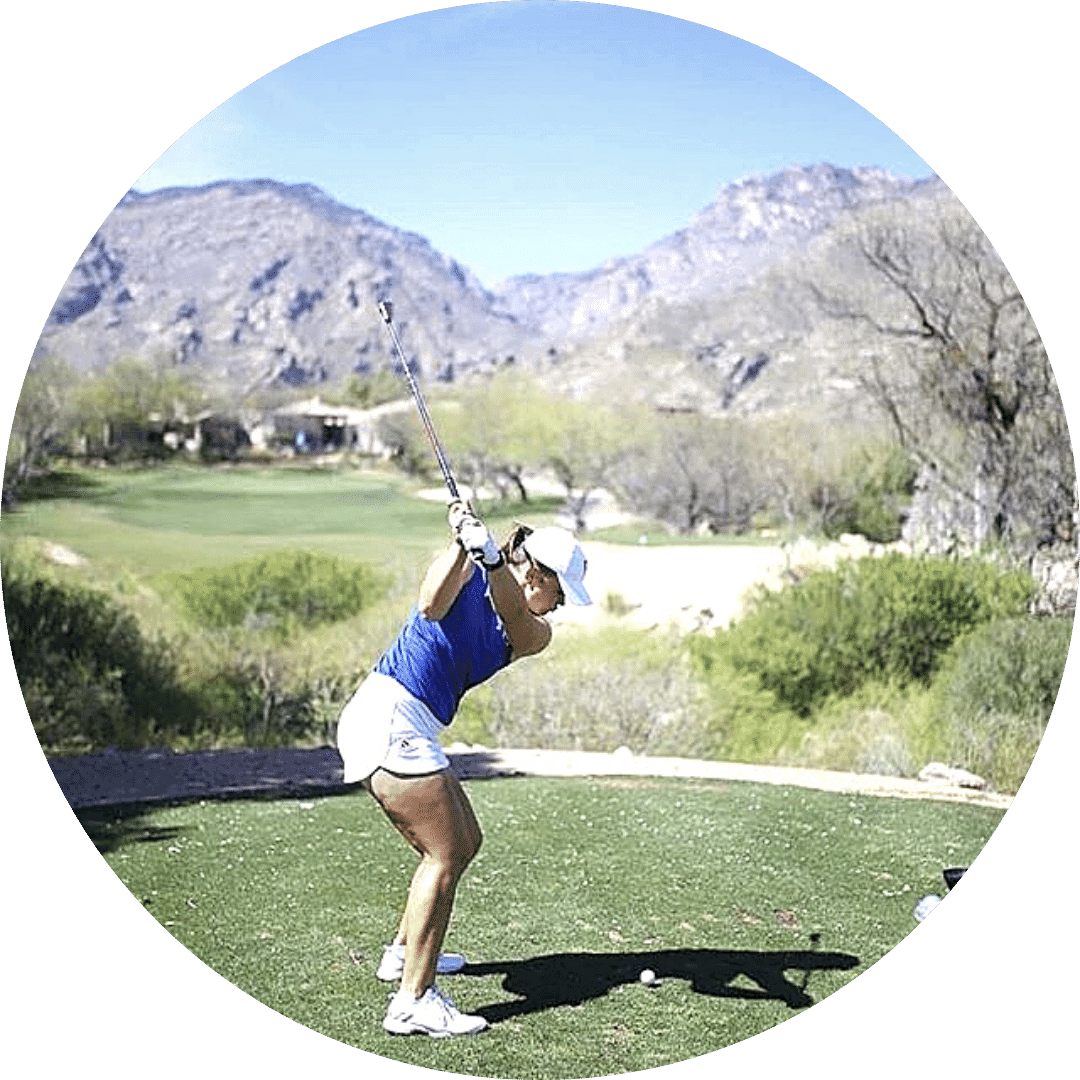 Our golfers in the USA

Golf experts in the Team

HOW MANY SCHO­L­AR­S­HIPS ARE THERE?

Scho­l­ar­book and golf? The perfect combi­na­tion! Scho­l­ar­book is the only Euro­pean recrui­ting service that is an offi­cial “corpo­rate partner” of the National Golf Coaches Asso­cia­tion (NGCA) and the Golf Coaches Asso­cia­tion of America (GCAA). The coope­ra­tion enables us to contact more than 1000 college coaches all over the USA and to increase your chances to find the right scho­l­ar­ship at the univer­sity of your dreams.

HOW IS PRAC­TICE STRUC­TURED IN THE USA?

Golfers train around five times a week for up to five hours on the university’s own golf course. If the univer­sity does not have its own golf course, there are usually various private courses avail­able that are reserved speci­fi­cally for prac­tice hours exclu­si­vely for the team.

In addi­tion to golf specific work­outs on the course, there are often up to three work­outs per week dedi­cated to strength and condi­tio­ning. While golf is viewed as an indi­vi­dual sport in Europe, colle­giate golf is much more team-oriented.

Most players can rapidly see impro­ve­ments in their perfor­mance due to the profes­sional condi­tions and the incredible team spirit that are present. This helps them to lay the foun­da­tion to become a pro player after­wards.

Since there is no other country in the world that offers such a great way to combine the time-consuming sport of golf with high level acade­mics, many inter­na­tional elite players are playing at the colle­giate level. With golfers from coun­tries like Scot­land, England, Sweden, South Africa and South Korea, the teams are very inter­na­tional and the compe­ti­tion level at tour­na­ments is very high.

The main season starts in January and ends with the national cham­pions­hips in May. This means, you could play tour­na­ments in Europe during summer break. The fall semester, on the other hand, is used for exhi­bi­tion tour­na­ments, so that you are able to keep playing throughout the year.

Usually the teams play 5-7 tour­na­ments during both fall and spring semester. In spring, depen­ding on the strength of the team, the tour­na­ments of the post-season are added (Confe­rence, Regio­nals and Natio­nals). 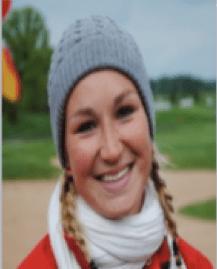 Hello team, thank you again for ever­ything! That was really super fast. Within a few hours, I had many offers, the first of which was the FIU. I am very happy that you conta­cted me! I felt very well advised and looked after from the first minute! You are very fami­liar with the system and you have a large network of contacts to univer­si­ties and coaches in America. I would recom­mend Scho­l­ar­book anytime! You’re doing a great job!

“After gradua­ting from high school, I really wanted to concen­trate on sport and looked for ways in which I could still achieve academic secu­rity, as I think that’s very important. Since this is next to impos­sible in a reason­able way in Germany, I decided to study in the USA. In the begin­ning it was not easy to find a suitable univer­sity for me, as I had very high stan­dards in many aspects. The search process quickly turned out to be compli­cated and diffi­cult, espe­cially given the large number of options. Thanks to the profes­sional work of Scho­l­ar­book, however, I finally found my ideal univer­sity, I am very grateful for the help from start to finish.” 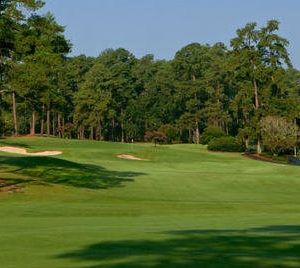 “I feel very comfor­table here, be it the univer­sity, the campus or the golf area! I have to say, I get along well with the teachers, but I have to look up a few voca­bu­lary …
So far, I’ve got on well with ever­yday life, I cook my own food and wash my laundry and it doesn’t really matter to me – it’s all a ques­tion of orga­niz­a­tion!
My coach Kory Thompson is really nice! She demands a lot, but is still human and has helped me a lot with my papers. The golf team is also great, we compete at a high level and it’s really fun! The prac­tice area is great – I can work a lot on my short game there, as they have diffe­rent types of grass and many small greens to play on and ever­ything is only acces­sible to the univer­sity team! And it’s just a great feeling to play the surroun­ding courts, many of them semi or comple­tely private. And one is right next to Augusta National – so camera out! ?
The campus is really nice! Not too big and green and most of the classes are not more than 23 students, so the teacher knows you (he does anyway as an athlete & German). The accom­mo­da­tions are great too! I can ride my bike to the golf course as well as to the super­market – and there is a shuttle to the univer­sity! There is also a swim­ming pool in the resi­den­tial area. In the apart­ment ever­yone has their own room and the kitchen is also rela­tively well equipped with a stove, micro, oven, etc.
On the whole, I can really recom­mend the univer­sity! My coach is also expli­citly looking for Euro­pean players and I would be really happy about a higher German quota or at least Euro­pean here – so let’s promote it !!!” 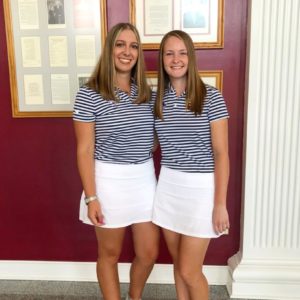 “I’ve been here at the Univer­sity of the Cumber­lands for about 5 weeks now and have felt at home since day one. Finding friends wasn’t a problem at all because ever­yone here is very open and also tries to make friends and make new acquain­tances. My coach and my team are already like a small family to me and the girls and boys from my team are my best friends here, with whom I spend the most time. I really enjoy the trai­ning and the tour­na­ments, even if it’s often a lot, because we are on the road for several hours every day or stay in hotels for several days when we travel for tour­na­ments, but if the time manage­ment is right, you get that simply regu­lated. I settled in very well and didn’t need a lot of time to get used to ever­ything, the change wasn’t that big and defi­ni­tely easier than I expected. I don’t have any problems at univer­sity either. I expected that I might have a bit of trouble swit­ching from German to English, but that wasn’t diffi­cult either; the campus is much more beau­tiful than it appeared in the pictures. The buil­dings and the moun­tain views are beau­tiful. Looking back, I am very grateful to Scho­l­ar­book, because without her I would never have found out about this univer­sity and would probably not be here now. They always supported me in ever­ything, stood by my side with words and deeds and, for example, relieved me of a lot of paper­work and thus simpli­fied the whole process.”

As clari­fied before, the level of play is very high. Male golfers should have a round average of at least 76 in the season before they plan to go to the USA. On the Women’s side an average of 82 is suffi­cient. The handicap is often not rele­vant for the US Coaches.

But don’t worry! There are also good chances to get finan­cial support with a higher round average. That’s why every player gets an indi­vi­dual chance assess­ment from our Scho­l­ar­book golf expert Frederik Schulte:

“As a former men’s national player and team mate of Martin Kaymer, who by the way also played college golf for 3.5 years, I can assess your chances very well and will look for the best college for you. The process is very indi­vi­dual and is mainly based on a good coope­ra­tion, because only if I learn as much as possible about you, I can take this into account when sear­ching for the best college for you”.

* the values are to be unders­tood as guide­lines and refer to the round average – a lot also depends on the video, the golf tech­nique, as well as on the academic achie­ve­ments (SAT test, GPA etc.)

The aver­ages refer to tour­na­ment results in offi­cial tour­na­ments of the DGV, the EGA, or other coun­ting events for the WAGR. (Rounds on the home court are not included here)