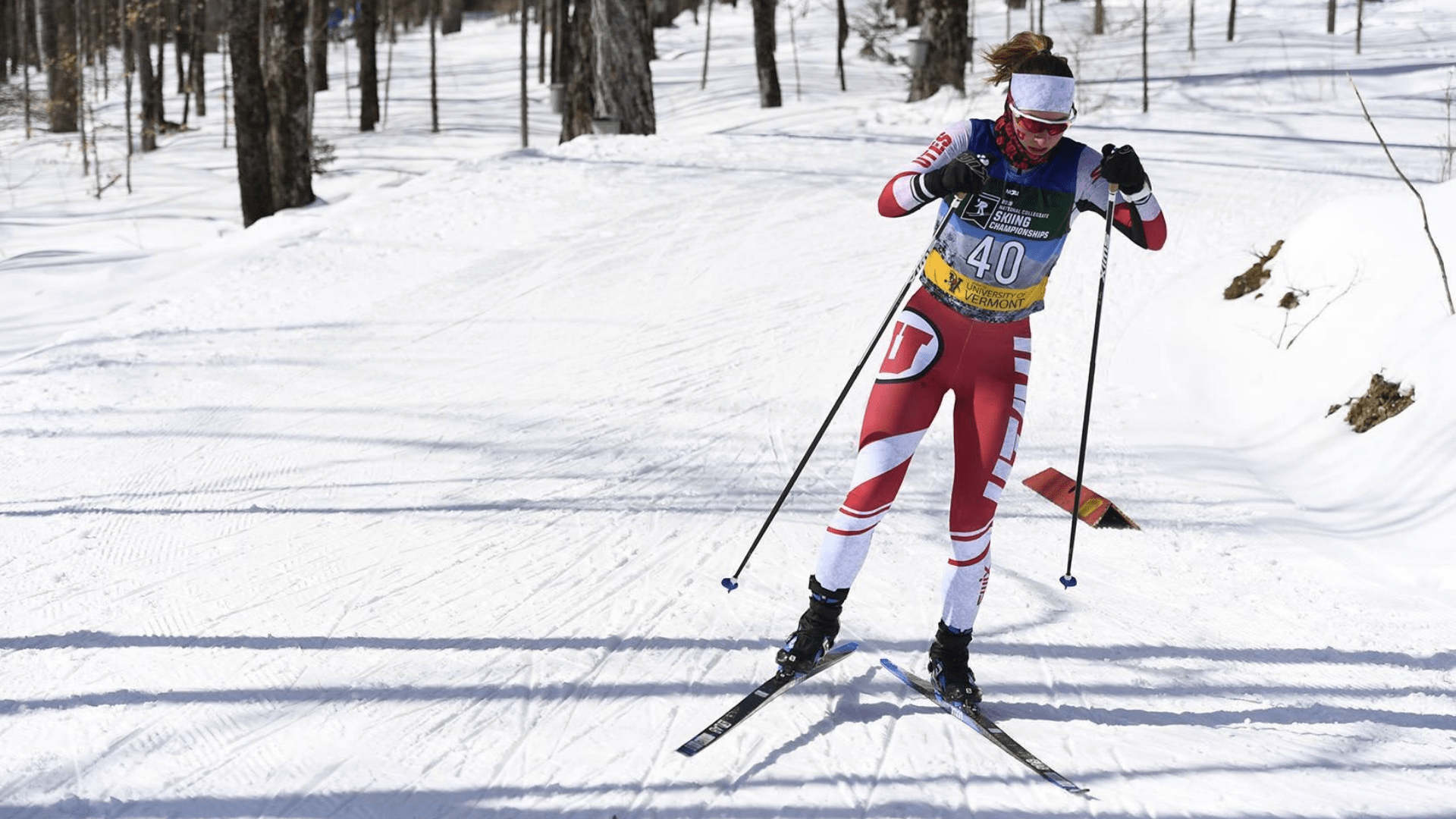 Skiing is a very popular winter sport in the USA. In alpine skiing in parti­cular, the USA repeatedly has strong athletes who compete for Olympic medals. In addi­tion to alpine skiing, cross-country skiing is also very popular at the colle­giate level. Due to the high number of inter­na­tional athletes, the compe­ti­tion level is very high. The skiing teams are often very well equipped thanks to the university’s finan­cial resources. In addi­tion, there is a very special team spirit in the team, thanks to the daily prac­tice and living toge­ther on the univer­sity campus.
A sports scho­l­ar­ship in the USA gives you the oppor­tu­nity, even after you graduate from school, to advance your skiing career along­side your academic career to make provi­sions for your profes­sional career after gradua­ting.

current and former college skiers, that particpated at the 2018 Olym­pics

Skiing in the USA

Obtai­ning an athletic scho­l­ar­ship is the ulti­mate goal for all of our athletes. But how many teams are there and how many full scho­l­ar­s­hips can they award? In skiing you have the chance to receive a sports scho­l­ar­ship both as an alpine ski athlete and as a cross-country skier. Women and men have similar chances of getting one:

The work­outs in US-Collge Skiing teams look simi­liar to work­outs in other parts of the world. However, the team spirit is very high in prac­tice, so that the team­mates push each other to achieve top perfor­mances. The majo­rity of the trai­ners are full-time employees of the univer­sity and take full care of the team. In addi­tion, the skiers have full access to physio­the­ra­pists, strength trai­ners and nutri­tio­nists at the univer­sity and can enjoy the high-class sports faci­li­ties at the univer­si­ties. Many of the young skiers can develop enor­mously in the USA. Our cross-country skier Julia Richter, for example, trains on the faci­li­ties of the Olympic Games in Salt Lake City and competes for the Univer­sity of Utah.

The college season starts in January and ends at the begin­ning of March with the NCAA Skiing Cham­pions­hips. A special feature of ski sport is that, unlike usual, the teams are not divided into a divi­sion based on the size of the univer­sity, but sorted according to geogra­phic loca­tion.
For example, EISA (Eastern Inter­col­le­giate Ski Asso­cia­tion) orga­nizes all compe­ti­tions of colleges on the east coast. The EISA season ends with the Cham­pions­hips, where the top athletes qualify for the national cham­pions­hips.

Many athletes in college ski sports also take part in the World Univer­sity Games and the U23 World Junior Cross-Country Cham­pions­hips. The level is there­fore very high, espe­cially in cross-country skiing.